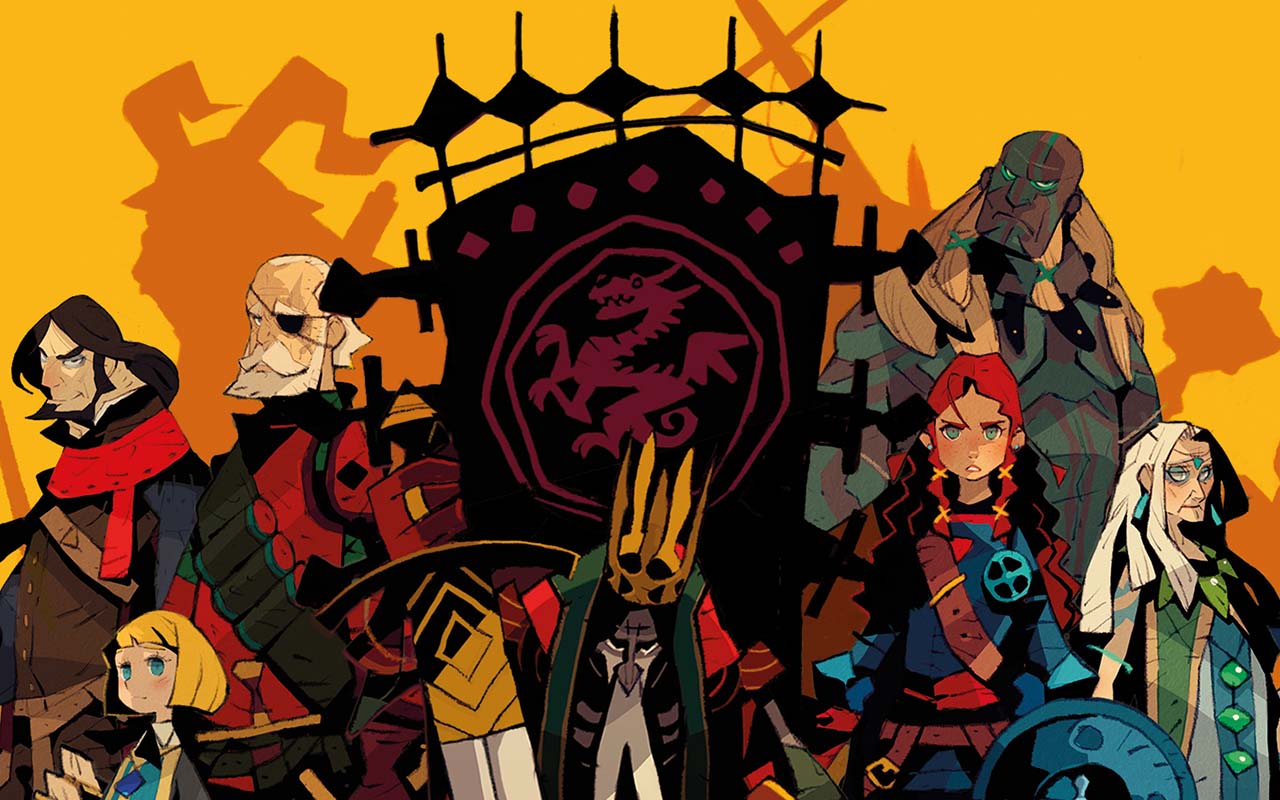 Is a quick, light strategy card game with direct player interaction. It combines tableau building and deduction elements with its unique winning mechanism. This is a game of great tension with no-down time, that’s fast to learn. Its distinctive artwork and character names will make you smile.

The island of Oshra is in turmoil. Following the death of the Emperor, the conflict between the Hill Tribes and the Imperial Army escalated. While the Water People try to maintain balance between the old rivals, the Undead aim to cause an outright war. All hope rests on the six children of the Emperor: Who will claim the throne? 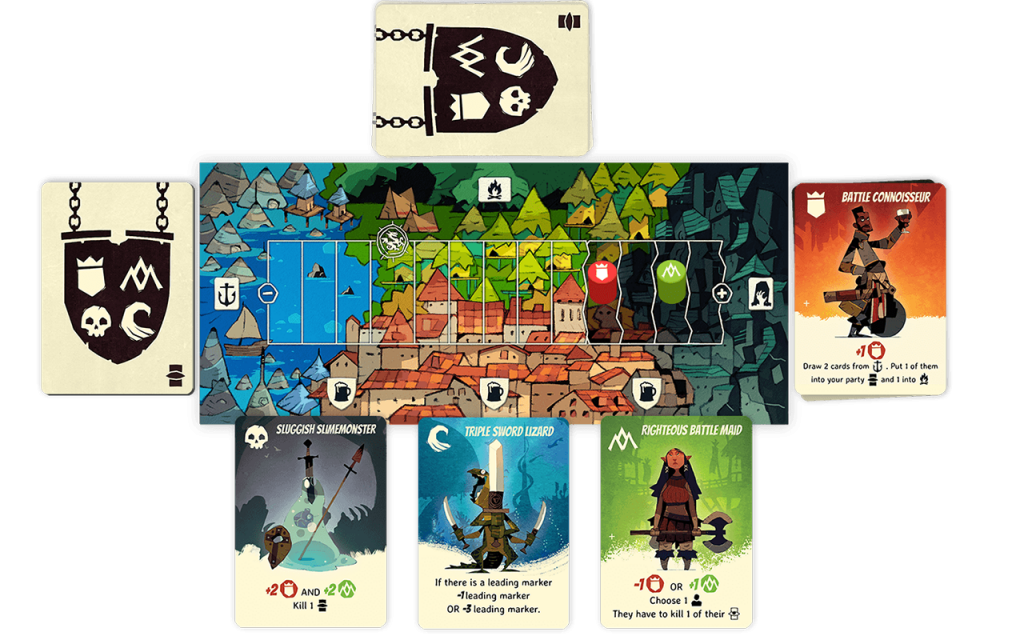 In Hidden Leaders, each player takes on the role of 1 of 6 secret leaders. Every leader is allied with 2 of the 4 factions/colors: The Hill Tribes, the Imperial Army, the Water People, and the Undead. By playing heroes into your tableau, either openly or secretly, you influence the outcome of the conflict.

During the game, the players play hero cards to influence the power of the Hill Tribes (green marker) and the Imperial Army (red marker).

After a certain number of heroes have been played, the game ends. The position of the 2 markers results in a victory for 1 of the 4 factions.

Each player who is aligned with the winning faction can claim the victory. However, they must have more heroes of this color than any competitor.

You may support a faction openly to get an early lead but always stay flexible to follow the flow of the game.

If you stay undecided for too long you may regret it later. Sometimes you need to push your luck. There always will be another game! 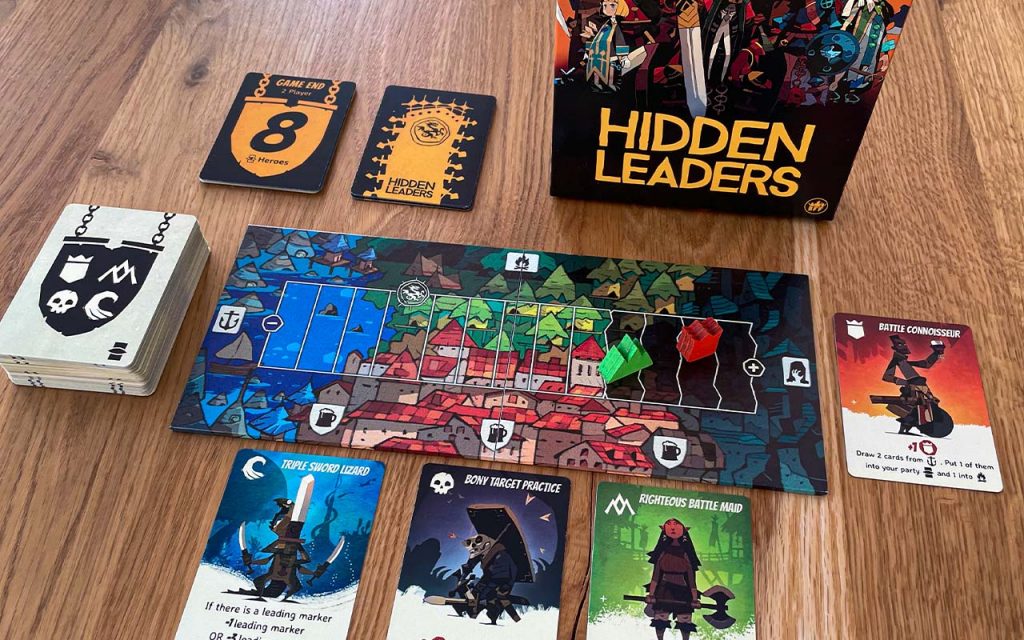 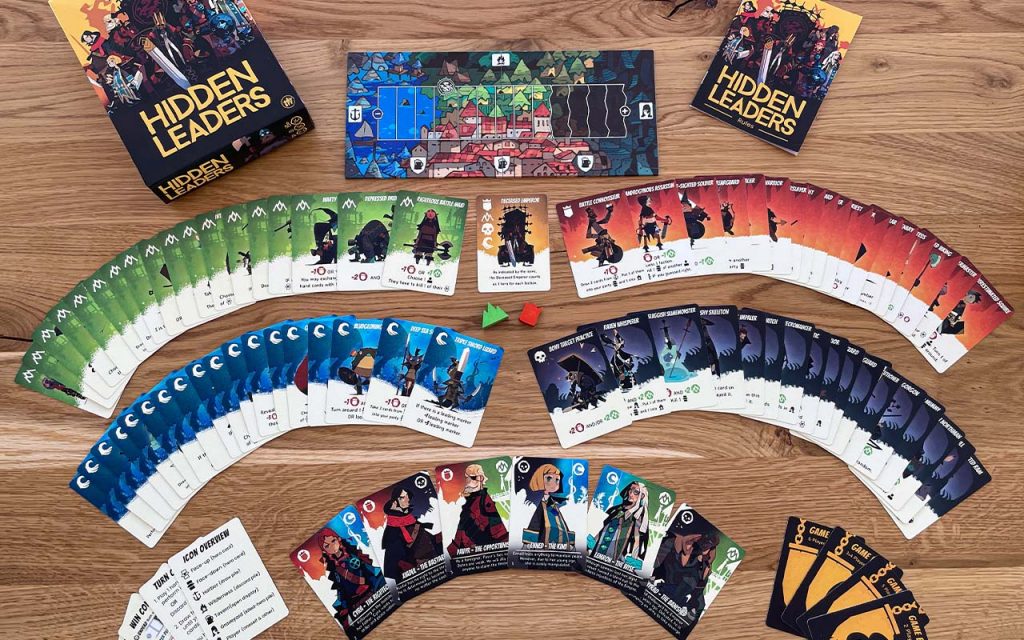 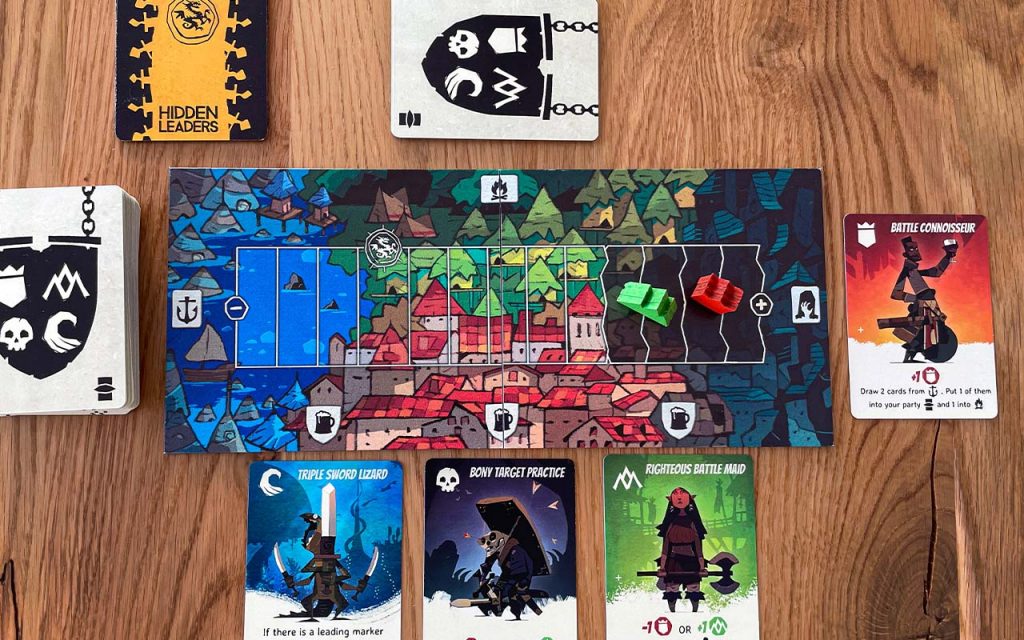 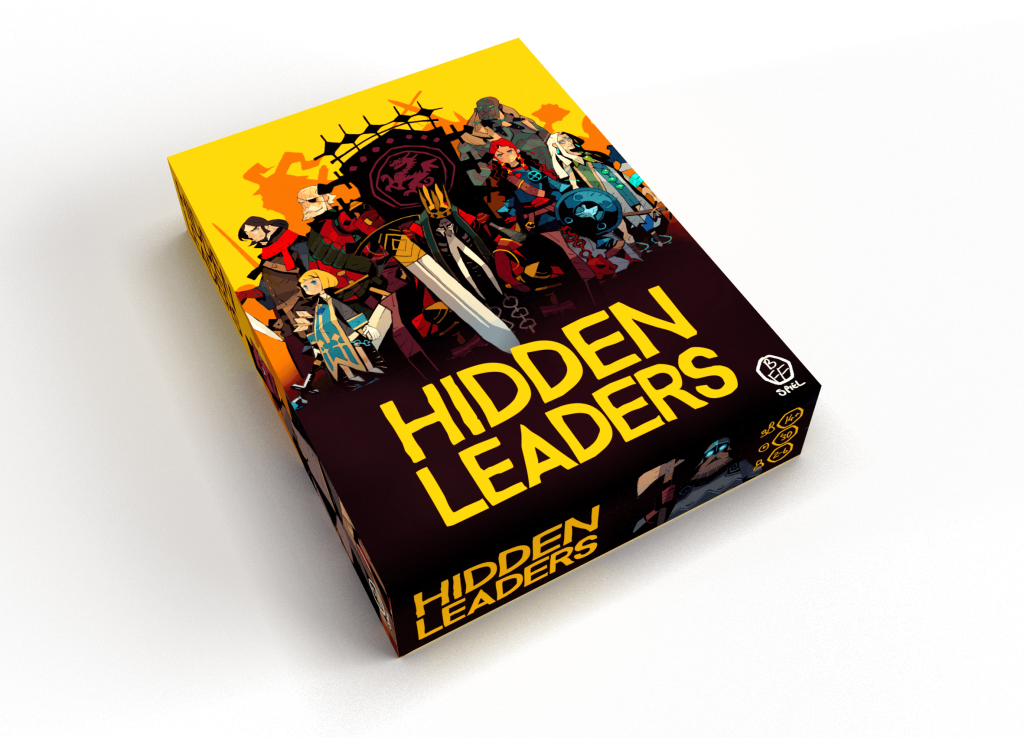