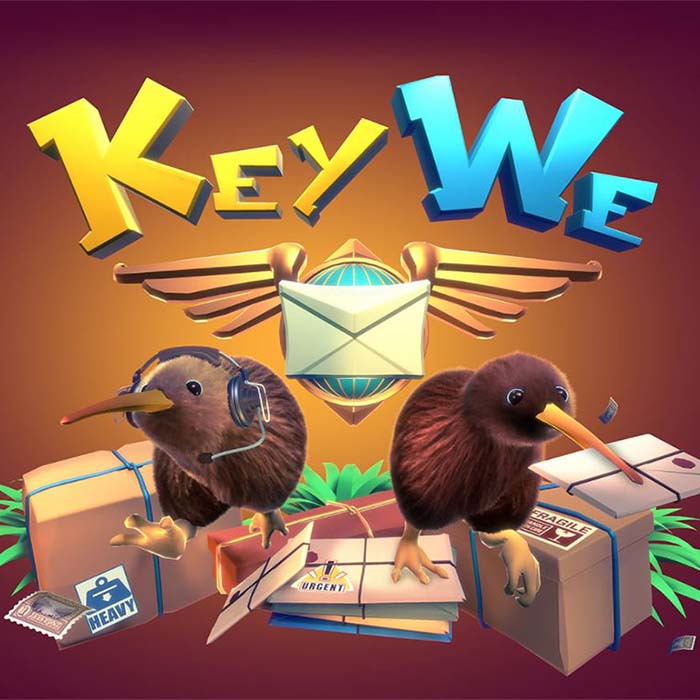 KeyWe, the cute and chaotic co-op game, will launch in August for Nintendo Switch™, as announced in today’s Indie World Showcase. Nintendo fans can also look forward to a Nintendo-exclusive outfit for the avian protagonists, Jeff and Debra.

This is the first time an official launch-month window has been revealed. KeyWe will be available on the PlayStation®5 (PS5) system, the PlayStation®4 system, Xbox Series X | S, Xbox One consoles and Steam for PC in August as well.

Below is more information about KeyWe. Please let me know if you can share the news or include KeyWe in your Nintendo Indie World Showcase round-up articles.

From publisher Sold Out and developer Stonewheat & Sons, KeyWe is a chaotic postal puzzler starring Jeff and Debra, two small kiwi birds working in a fun and frantic mailroom. With no hands to help them, they must jump, flap, peck and butt-slam their way across an interactive landscape of levers, bells and buttons to get those messages delivered on time.

KeyWe is coming to Nintendo Switch, the PlayStation®5 (PS5) system, the PlayStation®4 system, Xbox Series X | S, Xbox One consoles and Steam for PC in August. KeyWe can be added to your Steam Wishlist now. For more information on KeyWe, visit keywegame.com, follow @KeyWeGame on Twitter, or join the discussion on Discord.