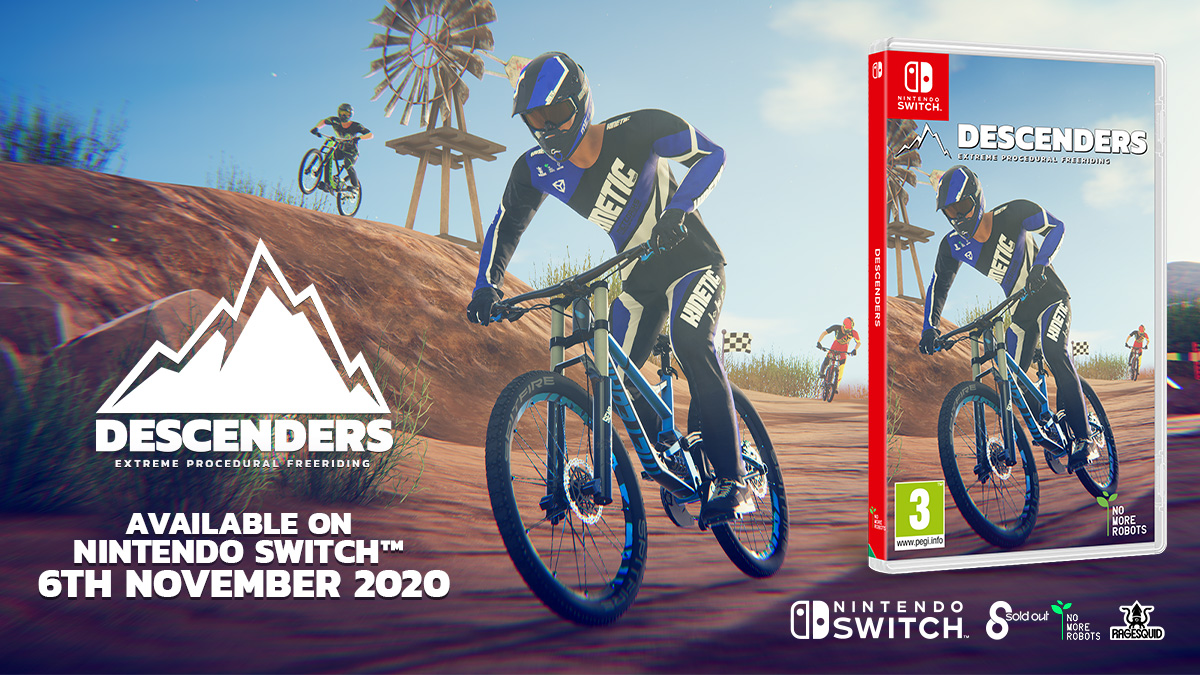 London, UK – Sep. 30, 2020 – Pick your team. Become a legend. Sold Out and No More Robots are excited to announce that extreme downhill biking game Descenders is riding onto Nintendo Switch™ physically and digitally on November 6th.

Descenders is extreme downhill freeriding for the modern era, with procedurally generated worlds, and where mistakes have real consequences.

Take on different jumps, slopes and hillbombs every time you play, and control every subtle movement of your rider, with an in-depth physics system made for slick whips and scrubs. Build your rep in a fully-featured online Rep system that lets you show off your worth and earn new bikes and threads. Can you reach the ranks of the legendary Descenders?

Players who pre-order Descenders on Nintendo Switch will receive a day-one unlock for the ‘Descent Lux Set’, featuring a set of rare, glow-in-the-dark customisation items for their outfit, helmet and bike. These items can also be unlocked in the game by player progression.

“We can’t wait for Nintendo Switch players to gear up and join the ranks of the legendary Descenders this November,” said Sarah Hoeksma, Marketing Director at Sold Out. “Partnering with No More Robots on this fantastic game has been a pleasure and, with the Nintendo Switch version, we’re excited for players to head out on high-speed runs and show off their skills at home or on the go.”